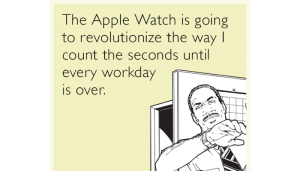 Some of the ideas might not be directly features for the Watch but more or less an improvement in the ecosystem. Some might not be possible technically (at least not yet).